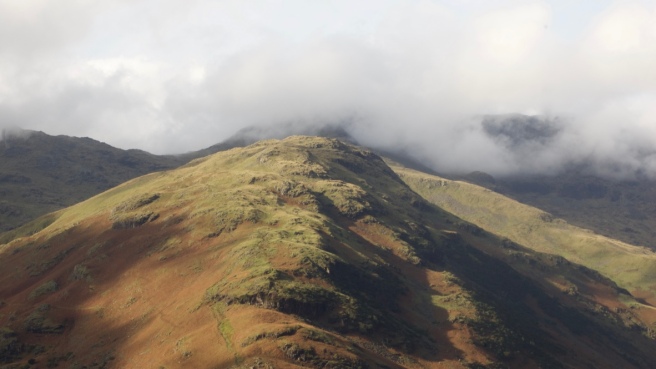 “To those who are enthralled by mountains, their wonder is beyond all dispute.
To those who are not, their allure is a kind of madness.
What is this strange force that draws us upwards,
This siren song of the summit?”

I’ve been spending time with mountains. It started with the British Film Institute’s London Film Festival for a showing of ‘Mountain’. The film is a collaboration between director Jennifer Peedom, the Australian Chamber Orchestra and writer, Robert MacFarlane; an experiment in stomach-soaring cinematography, sparse narration by Willem Dafoe, and a soundtrack of original and classical music. The collaborators explore our changing relationship with the peaks over the last few hundred years. They note, but don’t push, concerns about the destruction that can accompany our quest for the summit, or a high-speed descent down it. They hint at the inequality of relationships – those touristing to the top and the sherpas who get them there (“those that have the least, risk most”). There is admiration and terror of the heights – and the drops – to be found across this world.

It was a chance to not just absorb, and be absorbed by, the film but also to hear Peedom and MacFarlane respond to seeing their experiment on the biggest screen in Britain, and answer some audience questions. They spoke of exposure, of an earth that breathes, and of geographies of hope to be found.

A couple of weeks later, we took ourselves to some of Britain’s peaks, to Cumbria, to the Lake District. It was a week of disconnection (no wifi or phone signal) and deeper connection – to the rock and the fell, the tarn that waits at the top and the spectacle when you look back down.

We ran a fell (a small one, I hasten to add), walked around as well as up and down others, documented them on film and digital. We try to integrate our love of the outdoors with our city living – commuting by bike, running in the park, walking by the river. But this was a chance for more – whole days in the open air, further horizons and bigger skies.

I delved into another mountain whilst there, a dark one. A book and a collection of ideas and responses to the shape of our – in the creators’ view – increasingly uncivilised world. A project that emerged from a sense that the writings of our time need to reflect and engage more openly with the environmental, political and social changes we see. It is not always an easy read, but it is unfailingly honest, poignant and thought-provoking.

As I write this in a landscape whose interruptions come from buildings standing tall and planes ascending, my heart still turns to the mountain. I wonder how to keep the emotional space of the disconnection we found whilst engaging with the place we are called to be in this season. I wonder how to further deepen those connections in the day to day. I don’t have answers. Perhaps, as I felt the film Mountain did, I’m simply reaching a summit, offering not conclusions but a deep breath, to take in the view.

(as if anything else would do)